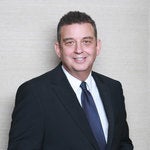 Phil Israels was raised in California's Central Valley where he still has family. After graduating from the University of California at Berkeley where he was a member for Zeta Beta Tau fraternity and studied Economics, he continued his education at the University of San Francisco, School of Law where he received the prestigious American Jurisprudence Award.

Upon graduation in 1975 and passing the bar in his first attempt, he was hired by the Los Angeles City Attorney's Office, where he worked for almost four years as a prosecutor gaining extensive trial experience. Since 1979, he has been a criminal defense attorney. He sees his role as the protector of the accused. However, his prosecutorial experience has helped him understand the mindset of his adversaries both in the trial court and in negotiations.

Although he has much trial experience his background, skills, and contacts has often allowed him to obtain favorable results without the extra expense associated with trial. As a defense attorney, he has successfully handled cases ranging from accusations of driving under the influence, murder, sexual misconduct, domestic violence, and complicated white collar cases. As a prosecutor, he worked in all of the branch offices including West Los Angeles, Van Nuys, San Fernando, San Pedro and downtown (Criminal Courts Building, Bauchet Street and Metro). As a defense attorney, he has practiced in all the major courts in Southern California and has successfully defended clients in the Los Angeles Criminal Courts Building, Metro, Van Nuys, San Fernando, Torrance, Pomona, Ventura, Airport Court, and Citrus, among other courthouses.

When requested he has traveled across the country to represent his clients. As a defense counsel, he has also gained extensive experience in the Juvenile Courts including Sylmar, Inglewood, Los Padrinos, and Easklake. He is a Board Certified Specialist in the field of Criminal Law, a designation which puts him among approximately one percent of those attorneys who refer to themselves as criminal lawyers in the State of California.

Mr. Israels has been named “Super Lawyer” by the Los Angeles Magazine, an honor which he has received several times. He is often referred cases by Judges, other attorneys, prosecutors and previous clients. In 2008 he was joined in his practice by his nephew, Sam Israels, also a former prosecutor with extensive trial experience and many contacts in the criminal courts. His clients appreciate the team approach and are happy to know that they can rely both on Phil and Sam when the need arises. In his spare time he enjoys sports including skiing, swimming and softball.

Certified Specialist, Criminal Law, The State Bar of California Board of Legal Specialization

The California State Bar has certified a limited number of specialist who have demonstrated excellence in their field of law. Certification in criminal defense law requires the lawyer to complete extensive educational courses and seminars every five years. This process also involves favorable evaluations by other attorneys and judges who are familiar with their work. The re-certification process requires the lawyer to submit a renewed application that includes the number of trials, case results, and contact information of judges and opposing counsel in order vet the applicant again. A Certified Specialist in Criminal Law has proven they are committed to the best interest of their clients.

Read what Philip's Past Clients are saying