Contacting a Minor to Commit a Felony

California Penal Code 288.3 PC is the statute that makes it a crime for someone to contact a minor, or attempt to, knowing they're a minor with the intent to commit a sex crime or felony involving the minor. 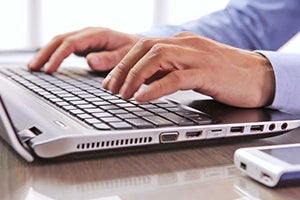 In other words, you can be arrested, charged, and convicted of a felony offense without completing any unlawful act with a minor. PC 288.3 harshly penalizes the intent to commit a sex crime with a minor.

Penal Code 288.3 PC is an “attempted crime” defined under California law, which means you can be charged and convicted just for taking a direct step to commit the crime.

This law was enacted in 2006 under California Proposition 83, the “Sexual Predator Punishment and Control Act,” called Jessica’s Law.

It gave law enforcement more power to catch sexual criminals before committing a crime, such as going online and posing as minors. Our California criminal defense attorneys will review further below.

PC 288.3 Contact a Minor to Commit a Felony Explained

It's a felony under PC 288.3 to contact or communicate with a minor (under 18) with intent to commit a felony, such as a sex crime against that minor.  This statute says:

This means that to be charged under this law, you must have known the person you were contacting was, in fact, a minor. To “contact” means in-person and any electronic communication.

As noted, PC 288.3 is a California attempted crime. The critical factor in a prosecution is the “attempt " to communicate and know they were minors.

What are the Underlying Offenses?

You can't be convicted of contacting a minor to commit a felony unless the prosecutor can prove that you had the intent to commit a crime listed under Penal Code 288.3 PC, such as the following:

Frequently, someone is caught contacting a minor to commit a felony because the alleged minor they're communicating with is law enforcement posing as a minor online.

What Are the Penalties for This Crime?

Even though PC 288.3 is an intent to commit a felony crime, it's still punishable as a felony. This means the penalties you will face are the same as if you had committed the crime. Put simply, the possible sentence will depend on the underlying offense. 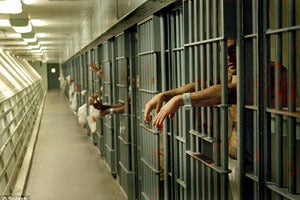 For instance, suppose you are over 21 and charged with contacting someone under 16 with the intent of committing an act of Penal Code 286 PC sodomy?

In that case, the penalties would be the same as if you had violated PC 286, which is up to 14 years in state prison.

If you have multiple violations of PC 288.3, you will get five additional years for each conviction.

Further, you will be required to register as a sex offender under California Penal Code 290 PC as a tier-three sex offender, meaning you must register your name for life. You could also be ordered to pay a fine of up to $10,000.

What Are the Best Defenses for PC 288.3 Charges?

We can use several common strategies discussed below to fight allegations of contacting a minor to commit a felony.

The penalties and collateral consequences of a California Penal Code 288.3 sex crime conviction can be life-altering. With our decades of experience, we know how to defend your rights and give you the best chance at a favorable outcome.

Perhaps we can enter into negotiations with law enforcement and the prosecutor for lesser charges or even convince them from filing formal criminal charges, known as a prefiling intervention.