The crime of identity theft is defined under California Penal Code 530.5 PC as using another person's identifying information without permission for fraudulent purposes. This form of theft is a “wobbler” that can be filed as a misdemeanor or felony. 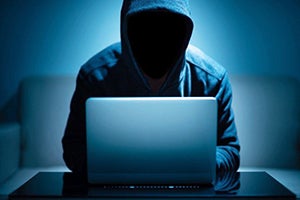 Identity theft investigations and criminal charges have substantially increased over the past decade with advances in technology that have made someone's private information more accessible.  Many law enforcement agencies in larger cities, such as Los Angeles, have specialized units to investigate suspected large-scale identity theft rings.

To prove a Penal Code 530.5 identity theft case, the prosecutor must prove some crucial “elements of the crime.” For example, it must be shown you willfully obtained someone's information and used it for an unlawful purpose.

Thus, the primary keywords in an identity theft prosecution are willfully obtaining the personal identifying information of another person with the specific intent to commit fraud. In this article by our Los Angeles criminal defense lawyers, we will review this topic in more detail below to give readers valuable insights into the legal system.

What is the Legal Definition of PC 530.5 Identity theft?

Identity theft is described as willfully obtaining the personal identifying information of another person and using it unlawfully. PC 530.5 defines identity theft as:

The “unlawful purpose” in the definition means to obtain or attempt to get goods or services in another person's name without consent. “Willfully” means the fraudulent act was deliberate.

To get a conviction for violating Penal Code 530.5 PC, the prosecution doesn't have to prove the victim was defrauded or suffered a loss. Put simply, just the attempt to commit identity theft is enough to be arrested, charged, and convicted of this crime.

What is Someone's Personal Identifying Information?

California PC 530.5 makes it a crime to steal another person's personal identifying information, which includes:

What Are the Penalties for Identity Theft?

If you are convicted under Penal Code 530.5 of identity theft, the punishments will depend on the severity of the offense and your criminal record. Identity theft is a California “wobbler” crime, which can be filed as a misdemeanor or felony. The penalties include:

Further, a PC 530.5 conviction could have negative immigration consequences for undocumented immigrants as it's a crime involving moral turpitude.  Non-citizens could be deported or denied entry into the United States.

If you're convicted of a felony identity theft case, you will lose your right to own or possess a firearm. In California, convicted felons are prohibited from possessing a gun.

How Can I Fight Identity Theft Charges?

If you are facing identity theft charges under Penal Code 530.5 PC, there are several common defense strategies we can use to obtain the best possible outcome in your case. Whether you are facing a misdemeanor or a felony ID theft, we can work for a favorable outcome, depending on the details of the case. Common defenses for ID theft include:

Recall that the prosecutor must show you acted with the intent to defraud somebody. We might be able to challenge this crucial element of the crime. 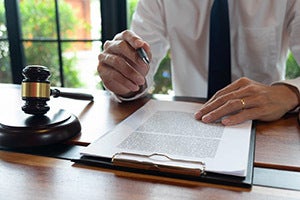 The white-collar crime of PC 530.5 identity theft can carry significant penalties if you are convicted. Thus, if you are under a criminal investigation for ID theft, our law firm's early intervention in your case is crucial.

Perhaps we can negotiate with prosecuting agency for reduced charges or a case dismissal. Under California law, the prosecution must prove you used the information with fraudulent intent. Perhaps we can create reasonable doubt on some of the elements of the crime.

Cron, Israels & Stark is a Los Angeles-based criminal defense law firm serving people charged with a misdemeanor or felony crime across Southern California. We offer a free case consultation by calling (424) 372-3112, or you can fill out our contact form.