Possession of a Controlled Substance While Armed

Possession of a Controlled Substance While Armed - Health and Safety Code 11370.1 HS

Health and Safety Code 11370.1 HS makes it a crime for anyone to have possession of certain drugs and a loaded and operable firearm.

The unlawful controlled substances under this statute include methamphetamine, cocaine, heroin, and PCP. 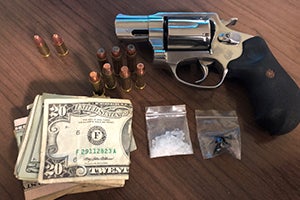 It should be noted there is no requirement that you actually use or threaten someone with the firearm in order to be arrested, prosecuted, and convicted.

In other words, just having possession of a controlled substance and a loaded firearm is sufficient for a criminal charge this statute.

Further, a conviction will make a defendant is ineligible for a drug diversion program, such as:

Our Los Angeles criminal defense attorneys are providing readers a detailed review below.

Factors That Must Be Proven for a Conviction

The prosecutor will have to prove all the elements of the crime (CALCRIM 2303) in order to convict you of HS 11370.1 possession of a controlled substance while armed, including:

Each of the crucial factors above could potentially be challenged. For example, it is sometimes difficult for the prosecutor to prove the firearm was actually operable.

Further, there are cases where it could be argued the firearm possession was not in a manner that made it accessible for immediate use. Perhaps it was in a locked cabinet or safe and only used for self-defense.

It should be noted that a small amount of residue of a controlled substance is not typically sufficient for a Health and Safety Code 11370.1 conviction.

Penalties for HS 11370.1 Possession of Drugs While Armed

A conviction for possession of drug while armed defined under California Health and Safety Code 11370.1 is a felony. The potential penalties include the following:

It should be noted that HS 11370.1 HS is a straight felony offense and can't be reduced to a misdemeanor.

This makes plea bargaining with the prosecutor very important. Your criminal lawyer needs to negotiate in order to get the charges reduced to a lesser offense such as simple HS 11350 drug possession which could be charged as a misdemeanor.

In some cases, you could be eligible for formal felony probation rather than spending time in jail. If the judge decides to grant you probation, they might first require one year in county jail and under direct supervision for three years.

The typical terms and conditions of probation include the following:

If you are found in violation of any of the conditions of your felony probation, then the judge might revoke probation and send you to jail.

Health and Safety Code 11352 HS – transportation of a controlled substance;

If you have been accused of possessing drugs while armed, our criminal lawyers will examine all the details in order to prepare a strategy to fight the case. Some common defenses for HS 11370.1 charges include:

Recall from above the elements of the crime that a prosecutor must prove several different factors. We might be able to create reasonable on some or all or the requisite factors.

Perhaps we could make an argument you lacked knowledge of the firearm's presence, which means you did not “knowingly” possess the firearm.

Further, maybe we could argue you were unaware of the presence of the controlled substance found by law enforcement. 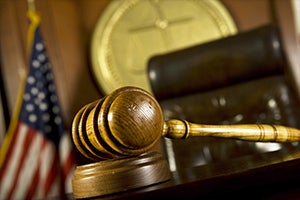 Perhaps we could challenge the possession of drugs while armed case by presenting a defense argument there was an illegal search and seizure by law enforcement.

In some HS 11370.1 cases, we might have the option to file in court a Penal Code 1538.5 motion to suppress evidence to challenge the probable cause used by police.

If this motion is granted by the judge, then the prosecutor will most likely dismiss the case due to the fact they will no longer have sufficient evidence to obtain a conviction.

If you were arrested and charged with the felony drug crime of HS 11370.1 possession of a controlled substance while armed, contact our experienced legal team to learn how we can help you.

We might be able to convince the prosecutor from filing formal charges through negotiation during prefiling intervention.