In California, drug courts give a defendant charged with a nonviolent drug crime an opportunity to resolve their case without processing through the criminal justice system.

Drug courts are different because their primary focus is on the well-being of a defendant who could benefit from drug rehabilitation. 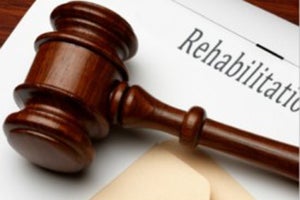 If a defendant completes the drug treatment program successfully, the judge could dismiss their criminal charges.

In other words, these programs are an alternative for someone struggling with drug addiction.

Drug courts combine monitoring, supervision, and substance abuse treatment rather than sending a defendant to jail.

The ultimate goals of a California drug court program are to:

Police, prosecutors, and the courts work together to support a drug offender with education, treatment, and other related services.

Our Los Angeles criminal defense attorneys will provide a review below for more information.

One of the other primary benefits of a drug court is that they offer a defendant a chance to have their criminal charges dismissed rather than have a conviction on their record, resulting in many collateral consequences.

Many drug crime charges could result in jail time that would undermine just about everything they need to recover from an addiction, such as:

In other words, a drug court could potentially prevent a defendant from the most severe consequences of being convicted and sent to prison. It allows them to refocus and get their priorities for a much-improved life.

California drug courts offer defendants a chance to get their criminal charges dismissed through different methods below. 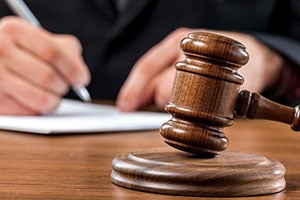 Pre-plea programs will suspend prosecution while the defendant seeks treatment that the court supervises. If they complete the program, their charges will be dismissed. If they fail, the formal criminal charges on their original case will be filed.

Post-plea programs will mandate that defendants plead guilty to their charges before starting a treatment program that will last anywhere between nine months and three years. Again, if they are successful, their charges will be dismissed, but failure means getting sentenced on their original charges.

Post-adjudication programs allow repeat offenders to start treatment after being convicted but before serving a sentence. This means offenders can replace jail or prison with getting treatment. Once again, if a defendant fails to complete their program, they will start serving their sentence.

Civil programs allow drug abusers who are currently involved in cases dealing with child custody or parental rights to get treatment to retain their children. If they fail to complete a treatment program, it could result in the permanent loss of their children.

California has different types of drug courts throughout the state that target defendants based on their needs, such as:

Who is Eligible for a California Drug Court?

Put simply; drug courts are designed to help a defendant who struggles with drug addiction, such as cocaine, heroin, ecstasy, and methamphetamine.

However, not every defendant charged with a California drug crime will be eligible for a drug court program.

They usually are only available for nonviolent offenders who have been charged with certain low-level drug crimes, such as:

It should be noted. However, defendants could still be eligible if they are charged with other more severe types of drug crimes, such as:

If charged with sales of an illegal controlled substance that usually makes you ineligible for a drug court, we might negotiate with the prosecutor for reduced charges that would make you qualify for a drug court.

The prosecutor will review your case to determine whether you will have to enter a plea in court first.

If you don't have a criminal history, then you won't usually have to enter a plea to participate in a drug court, but if you have a record, then you must enter a guilty plea in court, and you will be:

Once you complete the program successfully, your criminal charges will be dropped and probation terminated.

What are the Requirements to Participate in a Drug Court?

Once you are accepted into a California drug court, there are conditions you will have to follow, such as:

California drug courts typically set their own rules and requirements. Other drug diversion programs in the state of California include:

If you have been charged with a California drug crime, our criminal defense lawyers can play a vital role in getting the case resolved.

We will review the case to determine if you are eligible for a drug court or other diversion program. If not, we might negotiate with the prosecutor to get the charge reduced or dismissed.

Further, we might persuade the prosecution not to file formal charges before court through prefiling intervention.