California Penal Code 647a PC defines the crime of lewd conduct in public as touching your own or another person's genitals, buttocks, or female breast to gratify sexual desires when you know or should have known; there were other people present who could be offended by the conduct.

PC 647(a) is a misdemeanor crime carrying up to 6 months in jail and a $1,000 fine.  Defendants do not have to register as sex offenders under California Penal Code 290 PC. This statute also makes it a crime for somebody to solicit lewd conduct in a public place. 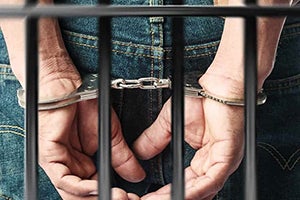 “Lewd acts” are inappropriate sexual conduct in a public place for sexual gratification or to offend someone. Penal Code 647(a) prohibits both partaking in and soliciting lewd conduct.

Many lewd conduct arrests are due to undercover sting operations by law enforcement. For example, decoy police female officers will frequently pose as a prostitute to bait someone into sexual activity. These types of arrests are often challenged by arguing police entrapment.

Lewd acts generally involve public sexual touching. It is a crime to touch someone's genitals or a woman's breasts for sexual gratification in public where there are people around who could be offended by it. Our California criminal defense lawyers will examine this topic further below.

What Are Considered Lewd Acts?

Lewd acts defined under Penal Code Section 647(a) is willfully touching intimate body parts in public view where you reasonably should have known that someone else was present to witness it.

Your motivation could be sexual or to offend somebody. You could be touching your own body, soliciting someone to touch you, or touching another person.  Lewd conduct cases can usually involve:

Intimate body parts, as described under Penal Code 647(a), include any portion of the genitals, anus, and female breasts from the top of the areola down.

What is a Public Place?

A "public place" is "any place open to the public or exposed to public view." This definition includes public places such as:

It could also include lewd conduct through the bedroom window of a private residence if in clear public view.

How are Lewd Conduct Cases Prosecuted?

Penal Code Section 647(a) PC prohibits, among other things, lewd acts in California.  This law covers various miscellaneous crimes, but the most common is PC 647(b) solicitation of prostitution. To convict you of PC 647(a) lewd acts in public, the prosecutor has to prove, beyond a reasonable doubt, all the elements of the crime, including:

As noted, Penal Code 647(a) PC lewd conduct in public is a misdemeanor offense punishable by:

If the judge grants probation, the terms, and conditions usually include counseling and a stay-away order from where the crime occurred. Sex offender registration will not be required.

What Are the Best Defenses for Lewd Conduct Charges?

To determine the best legal defenses against charges of lewd conduct in public, we will need to review all the details of the case. In some cases, police will write a citation to appear in court.

During this gap between the arrest and the filing of formal charges, we could negotiate with the prosecutor to convince attempt to get them to reject the case.

Also, we might be able to negotiate for reduced charges or even get the case dismissed. A defendant can't be convicted if a prosecutor cannot prove all the factors in the case.

Other potential defenses against a charge of lewd conduct in public include:

Perhaps we could argue that you were falsely accused and unlawfully arrested. Early intervention by our law firm could be essential to a favorable outcome. 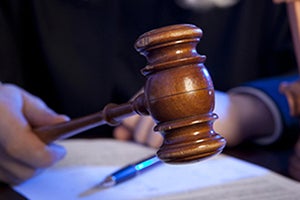 Prompt prefiling negotiations could result in charges never filed by the prosecution, called a “DA reject.”

If you or a family member has been charged with the misdemeanor crime of lewd conduct under PC 647, we can help you.

We will assess your case and determine a strategy for achieving the best possible outcome.

Cron, Israels & Stark is a top-ranked criminal defense law firm representing people throughout Southern California. Contact us for a free case evaluation at (424) 372-3112 or by filling out the contact form.