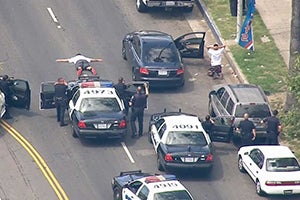 The statute describes this crime as fleeing law enforcement by driving a vehicle with a willful disregard for the safety of other people or property.

In order to be charged with felony reckless evading under VC 2800.2, you must have:

You should expect the DA's office to seek a conviction that carries a mandatory minimum jail sentence.

In spite of the name, felony reckless evading under Vehicle Code 2800.2 is a California “wobbler” offense that can be filed as either a misdemeanor or felony.

The definition of felony reckless evading is listed in California Vehicle Code 2800.2 VC:

This definition has two crucial factors. First, you must evade law enforcement in a vehicle, and then drive recklessly with a willful disregard for the safety of other people or property.

What if someone was seriously injured or killed?

Factors a Prosecutor Must Prove for a VC 2800.2 Conviction

A prosecutor has to prove several different factors in order to obtain a conviction for felony reckless evading in violation of California Vehicle Code 2800.2 VC. 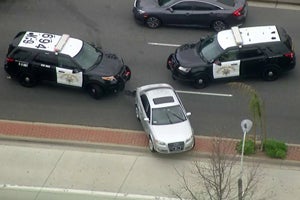 Prosecutors must prove you were driving with a willful disregard for public safety.

These factors are known as “elements of the crime,” and listed under CALCRIM 2181 Criminal Jury Instructions:

It should be noted that fleeing undercover police officers in an unmarked car is not included under this statute.

Willful or wanton disregard for safety

So, what is a willful or wanton disregard for safety?

A “wanton disregard for safety” means that you:

There is no requirement that you caused any type of actual damage.

Penalties for a Felony Reckless Evading

As stated above, California Vehicle Code 2800.2 VC felony reckless evading is a “wobbler” offense which means the case can be filed as either a misdemeanor or felony crime. 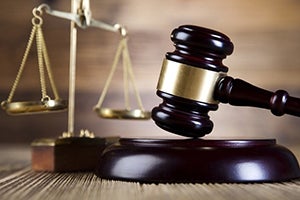 VC 2800.2 is a “wobbler” offense that can be charged as a misdemeanor or felony.

If convicted of a misdemeanor reckless evading, it's punishable by:

If convicted of felony reckless evading, it's punishable by:

Also, a conviction will typically result in suspension on your driver's license and revocation. Your vehicle could be impounded for up to 30 days.

Evading arrest under California Vehicle Code 2800.1 is the crime of attempting to get away from a police officer, such as in a car chase or running away from an officer who has stopped you for some reason.

Being charged with this crime is a serious matter and requires an effective criminal defense attorney in order to bring a strong defense against the charges. Penalties for fleeing and eluding an officer can include conviction of a Class C Felony which can include jail time and suspension of your driver's license.

Prosecutors must be able to prove certain factors existed beyond a reasonable doubt in order to convict for fleeing and eluding:

There are many potential defenses to an evading arrest charge in Los Angeles. Did the police officer have his uniform on and was he in a marked vehicle? Were the sirens on during the pursuit? What speed was the person driving at that was considered “reckless”?

If you have been charged with violating Vehicle Code 2800.2 felony reckless evading laws, our criminal attorneys can use a wide range of defenses.

Perhaps we can challenge this requisite. Maybe it was late at night and you couldn't tell for sure it was a marked police vehicle.

Perhaps you were just driving to another location you believed was in order to remove yourself from danger, but there was never an intent to evade.

We might be able to make an argument there is insufficient evidence of reckless driving.

Perhaps an over aggressive prosecutor is attempting to turn a misdemeanor evading police to a felony crime, but the evidence simply doesn't support the allegations.

Perhaps we can prove your manner of driving was not a high risk of safety to other people.

Call our law firm to learn how we can help you.

Our criminal defense lawyers will review the details of your case in order to determine a strategy for outcome.

We might be able to convince the prosecutor to not file formal criminal charges before court through a process known as prefiling intervention.

Further, perhaps we can negotiate for reduced charges or even get the case dismissed.