In simple terms, a subpoena is a demand for someone to provide testimony in court. A prosecutor and criminal defense lawyer can issue a subpoena to someone to give testimony or demand they bring documents or some other type of evidence to court. 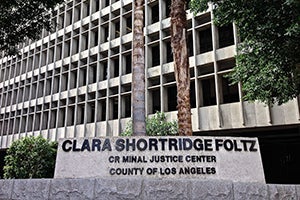 Once you are charged with a crime, you the right to defend yourself, and there could be some witnesses that may be able to give useful testimony or have documents that could help in your defense.

In some situations, there might be a witness who doesn't want to get involved and will simply refuse to cooperate. If a prosecutor or defense lawyer needs a witness to cooperate with them, they have the authority to issue a subpoena.

As stated, both the prosecutor and defense lawyer can use a subpoena to compel witness appearance using two types of subpoenas.

One is known as a duces tecum that requires a witness to bring documents or other evidence at a hearing.

There are situations where documents could be needed from somebody unrelated to the case.

These records could be obtained by either side if the party with the records signs a form to release them. If they won't release the records, the criminal defense lawyer could issue a subpoena that needs the judge's signature.

To give readers some useful information about subpoenas, our Los Angeles criminal defense lawyers are providing a review below.

As stated, subpoenas are used to compel either the production of documents or other materials or for someone to appear in court.

While the criminal defense lawyer or a prosecutor can serve a subpoena, the court has the responsibility to enforce them.

A subpoena in a criminal case could be served by anyone other than a defendant.

While a peace officers are required to serve a subpoena in a criminal case, private defense lawyers often use private process servers to ensure a subpoena is served in a timely fashion.

The service of the subpoena must give the witness enough time to make preparations and actually to travel to the court.

In some situations, it's possible to serve a subpoena by mail, but this method is not normally very effective unless the witness acknowledges they received the subpoena. Let's review the two most commonly issues subpoenas in California criminal cases.

The first type of a subpoena is in criminal cases is a witness subpoena. It requires the personal attendance of someone to testify in the courtroom.

The person who was subpoenaed could be a witness to crime, or someone involved with the case who's lawyer or prosecutor wants to examine.

This examination could occur at a motion hearing, preliminary hearing, or a jury trial. The witness is legally required to come to court on the date and time specified on the subpoena.

If the witness fails to appear, the defense attorney will usually ask the judge for a continuance. In some cases, a warrant from the court could be issued in order for the sheriff to bring the witness to the courtroom.

Also, a failure to appear might subject the witness to a contempt order.

The other type of subpoena in a criminal case is the “subpoena duces tecum” (SDT).

This type of subpoena is different than a witness subpoena because it's used to subpoena someone for production of evidence.

Typically, this includes physical items such as documents or business records. For instance, let's say he court is hearing a case about health care fraud.

The defense lawyer or prosecutor might want to examine the insurance company claims and transactions that are related to the criminal charges against the defendant.

Thus, either the prosecutor or defense lawyer could issue a subpoena duces tecum to the legal department of the insurance company asking for specific documentation.

The party who received this subpoena would then send the documents to the court with a certification from the custodian of records.

The criminal courts play an important role with respect to compliance with subpoenas.

For example, neither party can request material that is not related to the case or issue a subpoena to simply harass a witness for testimony. If the courts find the subpoenaed documents are not relevant, they have the authority to withhold them.

Motion to Quash a Subpoena

It should be noted that a subpoenaed party can challenge the subpoena they were issued by filing a motion to quash the subpoena, which can be based on a variety of legal grounds which could excuse non-compliance with the subpoena.

For example, a common ground to refuse compliance with a subpoena is the privileged nature of documents that were requested.

Let's say a medical professional was served with subpoena duces tecum to provide confidential medial documentation for a patient.

The medical provider could attempt to quash the subpoena based on the facts the records are privileged, and that they are exempt from compliance.

It's also possible that a subpoenaed party could have constitutional right not to respond. For example, let's say a witness to a crime was served with a subpoena to testify at a jury trial.

Unknown by the prosecutor, this witness was a also participant in the crime for which the they are now being asked to provide testimony.

In this scenario, the witness believes that if they are forced to testify in the trial, they might make incriminating statements and face prosecution.

Thus, based on their Fifth Amendment right against self-incrimination, they could move to quash the subpoena in order to prevent them from disclosing the criminal conduct.

Subpoenas are court orders and can't be simply ignored. If you fail to obey a lawful subpoena, you could be facing some harsh consequences.

For example, if the party who issued the subpoena request it, then the judge could issue a bench warrant for the person who was issued a subpoena.

This means they could be arrested by any police office whom they may come into contact with.

Also, if you disobey a subpoena, you could be charged with contempt of court under Penal Code § 1331.

The penalty for a contempt charge in California carries 6 months in the county jail, a $1000 fine, or both.

If you or a family member has been issued a subpoena and you need information on how you should proceed, call our office to review the details and options moving forward.

We can give you advice on your rights as a subpoenaed party.