What Are the Sexting Laws in California?

Sexting is normally described as exchanging sexually explicit pictures using a mobile device, but also includes stalking and harassment. When one of the people involved in the sexting is a minor, then it could lead to criminal charges.

It should be noted, however, California doesn't have specific statutes covering sexting offenses, rather prosecutors will use closely related offenses.

Teenagers often use their cell phone to send sexually explicit pictures or videos, which is why it became known as “sexting.”

It should also be noted, however, sexting does not always involve teenagers sending nude pictures of their cell phone. Thus, readers should know the direct connection between sexting California's child pornography laws.

Clearly, sexting that occurs between consenting adults is legal, but the moment a minor becomes involved, it's a crime.

If someone has been accused of sexting with a minor, prosecutors will often pursue the case under California's child pornography and exploitation laws:

Sexting with teenagers and other minors s a serious sex crime. It does not matter if the minor gave consent to the sexting because they are not old enough to give consent under California law.

To provide readers with some useful information about potential criminal charges related to sexting in California, our Los Angeles criminal defense lawyers are providing a review below.

The child pornography and sexual exploitation of a child laws in California under PC 311 makes it a crime to possess or send obscene images of minors or that depict them engaging in sexual activity. This statute also prohibits:

This not only includes showing minors engaging in sexual conduct, but also showing their genitals or rectal area for the purpose of sexual gratification.

If you send or receive sexually explicit or nude images of a minor through sexting, then the crime will normally be filed under California Penal Code 311 PC.

California Penal Code 288.2 makes it a crime to send, distribute, or exhibit harmful material to minor under 18 years old with intent to both sexually gratify or appeal to the person or minor and seduce or arouse them.

Under California law, any material is considered “harmful” when:

In order for the prosecutor to obtain a conviction, it has to be proven beyond any reasonable doubt the defendant knew the person receiving the harmful material was a minor.

To be convicted, it must be proven defendant knew the recipient of the material was a minor. If an adult becomes involving sexting a sexually explicit picture to a minor, they could face criminal charges under Penal Code 288.2 PC.

Annoying phone calls can apply to anyone using text messages, email, or other electronic communication.

PC 653m is another California “wobbler” offense that could be charged as either a misdemeanor or felony offense.

The most common types of annoying phone calls that can be considered a crime include:

It's important to note that a single call of harassment or sexting is typically not enough to support criminal charges under this statute. Typically, it will require repeated phone calls or other communication.

What are the Federal Laws on Sexting?

There are situations where a sexting case could be pursued under federal law. Federal child pornography laws are described under 18 U.S.C. § 2252, but prosecutors could use a variety of federal statutes to file criminal charges.

For instance, the Exploitation of Children Act of 2003 makes it a federal crime for someone to use a computer to send or receive any of the following:

The federal crime of sexual exploitation of children is defined 18 U.S.C. § 2251 and is making an attempt to induce or persuade a minor to engage in sexual activity in order to make a video or pictures.

Penalties for Sexting in California

If you are convicted of sexting in California, the penalties will always depend on which statute the crime was charged. 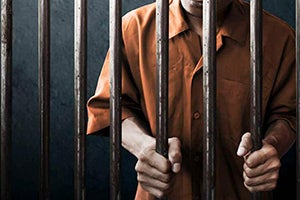 A felony conviction for sexting is punishable by up to 5 years in prison.

There are some statutes used by prosecutors in sexting related charges that are a “wobblers” which means the case could be filed as either a misdemeanor or felony crime.

Their decision on how to file the sexting case will typically depend on the specific facts of the case and defendant's criminal history.

If you are convicted of a misdemeanor sexting case, it's punishable by:

If you are convicted of a felony-level sexting case, it's punishable by:

If you are convicted of any statute listed above for sexting, you will be required to register as a sex offender pursuant to California Penal Code 290 PC.

Contact our law firm to review the details of the sexting case.

This is a lifetime registration, meaning you will have to annually register at your local police station as long as you are living in California – unless you pursue legal relief from this requirement.

If you fail to register as a sex offender, it' a separate misdemeanor or felony offense, depending on your prior sex crime conviction.

If you have been accused on sexting in California, contact our experienced team of criminal defense lawyers for an initial consultation.