Probation has been reformed and changed in California and Assembly Bill 1950 provides substantial benefits to probationers in criminal cases. 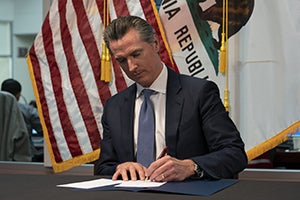 Specifically, Assembly Bill 1950 shortens the length of probation in most misdemeanor offenses to one year and in most felony cases to two years.

In order to deal with a highly ineffective supervision system, California Assembly Bill 1950 addresses probation reform by restructuring the system.

The reforms are likely to reduce the amount of inmates in prison for a probation violation and will reduce the overall costs.

Assembly Bill (AB) 1950 was signed into law by Governor Newsom in October 2020 makes significant changes to probation in California.

The changes to probation under AB 1950 took effect January 1, 2021 and placed a cap on probation for many crimes related to criminal defense.

Before AB 1950, a defendant charged with a misdemeanor crime could be placed on probation by the court for a maximum of three years, which is referred to as “informal” probation.

Formal probation applies to a defendant charged with a felony crime and could extend the incarceration time in state prison for the relevant crime.

However, in practical terms, felony probation terms and conditions typically lasted anywhere between three to five years. A defendant who was charged and convicted of a low-level felony crime would normally receive a five-year probationary term.

How Does Assembly Bill 1950 Change Probation?

The primary purpose of AB 1950 is to restructure the probation system in the state of California. In misdemeanor or felony crimes that can result in time in jail or mandatory probation time, the probation normally reduces time in prison, but the inmate is required to be supervised for a specific time period.

In most cases, the period of probation lasts several years and does nothing to rehabilitate an inmate or reduce the high costs.

It should be noted that all the state prisons in California have a large population of parole violators.

As stated, California Assembly Bill 1950 substantially changes probation time periods. In other words, it shortens the period of probation:

AB 1950 is a probation reform bill covering many crimes, including some drug offenses.

What Types of Crimes Are NOT Changed by AB 1950?

AB 1950 does NOT reduce probation time for certain type of convictions:

The most common California crimes NOT impacted by AB 1950 include:

In spite of these exceptions listed above, AB-1950 provides significant benefits to most probationers, especially in felony cases.

Since Assembly Bill 1950 was enacted, there have some appellate cases that confirm that the changes to probation time limits are retroactive. 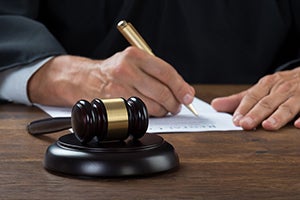 Appellate cases have confirmed at changes to probation time periods are retroactive.

One of these cases considered was the Los Angeles Superior Court's Appellate Department case of People v. Burton.

Burton made an appeal that some of the conditions of probation were in violation of his Fifth Amendment rights.

While the appeal was pending in court, the governor signed into law AB-1950 that reduced the maximum misdemeanor probation term to one year.

Burton claimed the change in the law retroactively entitled him to some relief.

This claim was relevant to the Estrada doctrine which says when a state legislature amends a criminal statute reducing punishment, then the courts will presume the changes apply retroactively to all cases where judgement is not final.

The appeals court decided that his summary probation did qualify as punishment and ordered that his and the 36-month probation had to be vacated.

Contact our law firm if you believe AB 1950 impacts your probation.

Whether AB 1950 will apply to your criminal case has to evaluated on a case-by-case basis depending on the specific details.

If you are currently on probation, or considering accepting an offer of probation by the prosecutor in a California criminal case, contact our team of criminal defense attorneys for a consultation.

If you have reason to believe your probation period could be terminated pursuant to AB 1950, call our law form to discuss the case.

The criminal defense law firm of Cron, Israels & Stark can help you determine whether you are eligible to have your probation period reduced.

We serve people throughout Southern California from our have two office locations in Los Angeles County.