California Penal Code 186.22 PC, gang enhancement laws, says that anyone who willfully participates in gang activities or joins other members while carrying out a crime could be face additional prison time if convicted. 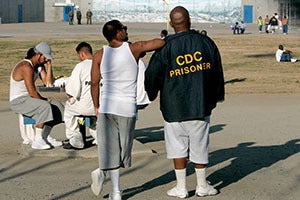 PC 186.22 state that anyone who participates in a gang can face an enhanced sentence.

A criminal street gang is described as any group of 3 or more people who have a common name that participate in a pattern of committing crimes.

This statute gives prosecutors a sentencing enhancement if they are able to prove the underlying criminal activity was part of street gang participation.  However, in order to convict you of the gang enhancement, they will have to prove:

What is “Active Participation” in a Gang?

One of the primary factors in a PC 186.22 gang enhancement is the issue of “active participation.” It means you take part in gang activity in more than a passive manner.

In other words, you are taking part in criminal acts related to the gang, even if it's just part time.

You don't have to be a gang leader, or even an active gang member to face a PC 186.22 gang sentencing enhancement.

For example, let's say police arrest someone for committing robbery. Another officer recognizes the suspect as someone involved in prior incidents with known local gang members.

When questioned, the suspect tells police he is not an active gang member, but occasionally hangs out with the gang. The current robbery for which he was just arrested is similar to prior robbery crimes committed by the same street gang he hangs out with.

Due to the fact he admitted to hanging out with the gang, and the similarities between his PC 211 robbery arrest and the street gang activity on robberies, he could be considered an active gang participant.

To give readers a better understanding of California's gang sentencing enhancement law, our Los Angeles criminal defense lawyers are providing a review below.

What is a Pattern of Criminal Gang Activity?

As stated, Penal Code Section 186.22 PC defines a criminal street gang as any group or organization with 3 or more people that have a common name or an identifying symbol.

What are the List of Crimes Establishing a Pattern of Gang Activity? 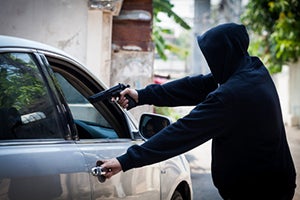 PC 215 carjacking is on the list of crimes that establish a pattern of gang activity.

In order to prove that you “promoted, assisted, or furthered” a crime by a gang, the prosecutor must show you:

PC 186.22 can become complex and confusing, which is why you should consult with a criminal lawyer for more information.

What are the Penalties for PC 186.22 Participating in a Gang?

Penal Code 186.22(a) PC, participating in a gang, is a California “wobbler,” which means the prosecutor has the discretion to file either a misdemeanor or a felony case.

If convicted of a misdemeanor offense, the penalties include:

If convicted of gang participation as a felony offense, the penalties include:

Under PC 186.22(b), you can receive an enhanced sentence if the prosecutor can prove all the elements of the enhancement:

As stated, you don't have to be an active gang member when the crime was committed to receive an enhanced sentence.

The severity of the gang sentencing enhancement depends on the type of underlying crime. If you are convicted of misdemeanor, you could face: 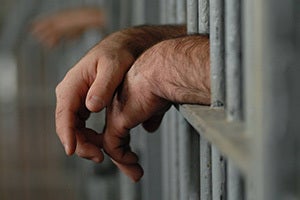 If convicted and gang enhancement applies, you can receive an additional 4 years in prison.

If you are convicted of a felony and the street gang enhancement applies, you will receive additional time of 2, 3, or 4 years in a California state prison.

For a serious felony case, the additional time in a state prison will be 5 years. The serious felonies include assault with a deadly weapon by a prison inmate or against a peace officer, PC 246 shooting at an inhabited dwelling or occupied car, among others.

For a violent felony case, the additional time in state prison will be 10 years. The violent California felonies include PC 187 murder, any felony crime that inflicted a great bodily injury, certain sex crimes, and PC 203 and PC 205 mayhem laws.

Other specific felonies would result in 7 years to life in a state prison, including PC 518 extortion by force or fear, and PC 136.1 threatening a witness.

If your underlying felony conviction is punishable by life in prison, you will receive a life prison term and won't earn any credits towards your parole eligibility until you have served at least 15 years.

Other sentencing considerations reviewed by the judge include whether the offense occurred on school grounds or within a certain distance from a school zone.

The related sentencing enhancements to Penal Code 186.22 PC include:

Our Los Angeles criminal attorneys can use a wide range of defenses in order to challenge Penal Code 186.22 PC gang sentencing enhancements.

Unless you are convicted of the underlying felony crime you were charged with, you can't receive a gang enhancement. Thus, we will use effective strategies to persuade the prosecutor they can't prove their case against and reduce dismiss the charges.

You don't have any gang affiliation

Contact the criminal lawyers at Cron, Israels & Stark to learn how we can help you.

Recall that the prosecutor must be able to prove you have some type of gang affiliation. We might be able to make an argument you have never been an active participant in gang activity.

You were not acting for the benefit of a gang

Again, recall that the prosecutor must prove you acted on behalf of the gang in order to allege a Penal Code 186.22 PC gang sentencing enhancement. We might be able to find weaknesses in the prosecutor's evidence that you were acting for the benefit of the gang.