What are the Cyberstalking Laws in California?

Cyberstalking laws in California make it a crime to stalk anyone using an electronic communication device as it's a type of online harassment through online anonymity.

Stalking is described under Penal Code 646.9 PC as harassing or threatening another person to the point where they fear for their safety or their family. This law was amended in the 1990s, modifying the definition of credible threats to include “electronically communicated threats.” 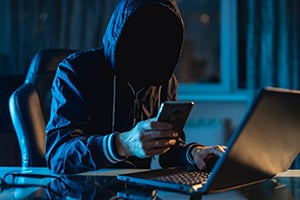 An electronic communication device can include a cell phone, landline, text messages, email, or other devices. New technology often requires new laws and techniques to protect against abuse.

For example, the Los Angeles District Attorney's Office has a unit called the “Stalking and Threat Assessment Team (STAT).” They work closely with LAPD detectives who are responsible for investigating cyberstalking cases.

Cyberstalking is a form of PC 646.9 stalking in California that can be filed as either a misdemeanor or felony, called a “wobbler.” The decision by the prosecutor on what to file depends typically on:

Anyone charged with cyberstalking may also face allegations related to child pornography, sexual assault, or emotional, physical, or financial abuse. Cyberstalking cases have become more frequent over social media and other internet platforms. Our California criminal defense lawyers will review further below.

What is the Definition of Cyberstalking?

California Penal Code Section 646.9 defines the crime of cyberstalking as a variation of a classic stalking case as follows:

People charged with stalking at large are being accused of purposefully and repeatedly driving to harass someone. This type of unlawful conduct can occur in various ways, including on social media platforms and chatrooms.

Harassment under the context of this law means engaging in willful behavior directed at someone annoyed or tormented for no legitimate purpose. The conduct that California law considers cyberstalking includes repeated direct messaging and "doxxing" a person's personal information.

These behaviors, along with a "credible threat to someone," as defined by California Penal Code Section 646.9(g), result in hefty fines and jail time.

What Are the Related California Offenses?

What Factors Must Be Proven for a Cyberstalking Conviction?

You could face cyberstalking charges for various reasons. The internet is difficult to legislate, and engaging someone online might violate their right to privacy. However, anyone online has certain protections, such as the freedom of speech.

Allegations of cyberstalking include sending unsolicited emails, text messages, or posting information or pictures online. If you have been accused of cyberstalking, you should consult with a criminal lawyer immediately.

To be convicted of cyberstalking, the prosecutor has to prove all the elements of the crime (CALCRIM 1301) beyond a reasonable doubt, which include:

Is Cyberstalking a Misdemeanor or Felony?

Cyberstalking can be filed as a misdemeanor or felony charge, depending on the details of the case. A misdemeanor charge is usually filed in cases where the defendant has no criminal history. 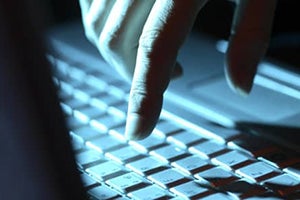 The penalties include up to one year of jail time and $1,000 in fines.  A felony conviction includes up to 3 years in state prison, but up to five years for those with a criminal history.

Depending on the circumstances of the case, the court might require a defendant to register with California's sex offender registry under Penal Code 290 PC. A judge will impose sex registration if they believe you stalked the victim for sexual compulsion or sexual gratification.

A defendant could also be ordered to participate in counseling and be sentenced to serve time in a state-run mental illness facility. They will also have a restraining order issued against them prohibiting contact with the victim.

A prosecutor could charge you with cyberstalking related to domestic violence, which could result in additional penalties if the victim was your spouse, someone you live with, or someone in a dating relationship.

How Can You Fight Cyberstalking Charges?

We could use various common defenses to challenge the charges if you were accused of cyberstalking. Perhaps the person accusing you has malicious intentions of their own, such as to be used in:

Perhaps we can argue that the alleged online harassment was misinterpreted or meant no actual harm to the victim. 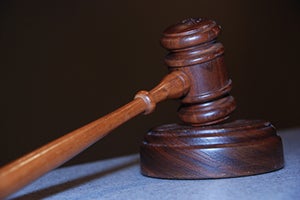 A strong defense against cyberstalking charges is “reasonable doubt.” For example, the prosecution has to prove malicious intent beyond a reasonable doubt and provide evidence of aggressive unlawful behavior.

Many cyberstalking charges deserve to be taken seriously in California courtrooms, but there are some cases filed that are not warranted.

Perhaps we could negotiate with the prosecutor to reduce charges or dismiss the case. Through a process called prefiling intervention, we might be able to convince the prosecutor not to file formal criminal charges before the first court date, called a “DA reject” in the legal field.

Cron, Israels & Stark is located in Los Angeles County, California. We provide legal representation for people throughout Southern California, including Ventura County, Orange County, San Bernardino, and Riverside. You can reach us for an initial consultation at (424) 372-3112 or use the contact form.