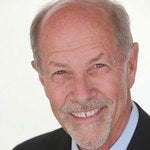 For over thirty years, Steve has been successfully defending individuals in the Los Angeles area who have been accused of committing a crime. His long-standing relationships with prosecutors and judges, give him the opportunity to present his client's case in the best possible light and ensure that his arguments on behalf of his client will be heard. His credibility and reputation mean that he will be taken seriously.

Steve is the lawyer whom judges and prosecutors often call when their friends or loved ones are in trouble. He's credible, respected, and has over 45 years of experience representing people in criminal cases in the state and federal courts of Southern California and beyond.

When a client is innocent, no one will fight harder than Steve. He has investigators and experts available to help build the case and prove his client's innocence. He has an outstanding record as a trial lawyer, at one point winning nine consecutive federal jury trials.

When clients want to settle a case, Steve has the knowledge and experience to know what the issues are and how best to resolve them. Because of Steve's personal relationship with each client, he always negotiates and resolves with the client's priorities in mind.

Steve loves being a criminal defense lawyer. Every day he gets to help people who are often in trouble and experiencing a terrible time in their lives. Being able to help people dig out of those situations is very rewarding.

Although being arrested or charged with a crime is a horrible experience, Steve always tries to find a way to make it a positive experience. Many of Steve's clients keep in touch with him long after their cases are over, often telling him that they hated the experience of being arrested, but that it caused them to change some habitually negative behavior which they had not acknowledged prior to their arrest.

Steve published an article entitled “Busted,” about representing celebrities in high profile criminal prosecutions. The article was published in the American Bar Association's Entertainment and Sports Lawyer. Steve has also been recognized by his peers every year since its inception in Los Angeles Magazine's annual poll of Super Lawyers in Criminal Defense.

Get my answers to legal questions at Avvo.com

Read what Steve's past clients are saying